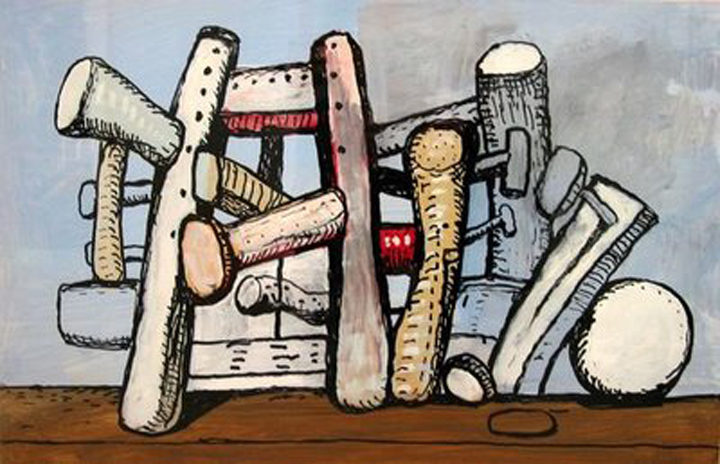 Over time I have become really interested in shapes, and why some artists have a bee in their bonnet about certain shapes which appeal and intrigue, frustrate or mystify – Cezanne and his mountain, for example.

During a visit to the Guggenheim Museum in Bilbao in 2017, I was also introduced to the work of Philip Guston and his paintings of war.  He repeated his shapes of hobnailed boots and legs as metaphors in his later work, which became less abstract and more representational.  My favourite works of Guston’s are his Low Tide (which was featured in the Royal Academy of Arts publication on Abstract Expressionism 2016-2017), and Walking Dream with Four Foot Clamp.

I have recently watched an interview with Guston which features him altering an artwork in his studio.  The left part of the painting disturbed him; so he gessoed over it, which then threw up inconsistencies in the right part of the canvas.  Eventually the whole work was gessoed and started again.  He felt he’d achieved the result too quickly, which left him unsatisfied.